Chiropractic is now firmly established as a primary health-care profession where, according to the American Chiropractic Association, approximately 7 to 16 percent of people in the United Stated seek treatment each year.

Our profession has earned recognition for its remarkable effectiveness and its focus on natural, drug-free, non-invasive methods of treatment. This section summarizes the effectiveness of chiropractic for some of the conditions we treat.

Approximately 25% of our patients come to us with a chief complaint of low-back/pelvic pain or discomfort. This pain can be brought on by an accident, overuse, repetitive stress, emotional stress, or just everyday living.

Additional studies conducted both in and out of the United States yielded similar results, where patients reportedly recovered at a more rapid rate, had fewer relapses, and gained a new sense of confidence in their movement. Still more investigations have been conducted on the effectiveness of chiropractic treatment for two sub-categories of lower-back pain: acute and chronic.

A report published in 1994 by the Agency for Health Care Policy and Research on acute low-back pain concluded that spinal adjustment is one of the most effective treatments for this condition. In another study published in 1994 by the University of Pittsburgh Medical Center and the Jefferson County (Missouri) Rehabilitation Center, it was concluded that greater and more rapid improvement occurred when treated using exercises and spinal adjustment for acute low-back pain.

A third study conducted by the Los Angeles College of Chiropractic and the University of Vermont was published in 1992. These researchers reported that spinal adjustment, when compared to other methods of treatment for acute lower-back pain (massage, corset, and TMS), proved to be a "superior," more effective treatment after three weeks of care.

In 1997, the Dutch Health Insurance Board funded an investigation that summarized the results of 48 separate studies on the effectiveness of chiropractic treatment for chronic lower-back pain. The investigation determined that spinal adjustment is more effective than treatments suggested by general practitioners (bed rest, analgesics, and massage).

Two similar studies conducted in Canada in 1985 (University Hospital in Saskatoon) and 1991 (University of Calgary), plus a third study conducted in Poland in 1986 (Silesian Medical School), produced results similar to the Dutch investigation.

Approximately 19% of our patients come to us with complaints of neck pain or discomfort. This pain can be caused by a variety of factors, such as an accident, injury, overuse, etc. The most common neck condition we address is whiplash.

The efficacy of chiropractic for neck pain has been well documented in numerous studies conducted in the United States, Canada, Wales, and the Netherlands. In a joint U.S./Canadian study published in 1996, researchers from UCLA, the West LA Veterans Affairs Medical Center, and two chiropractic colleges found that for some patients with sub-acute or chronic neck pain, spinal adjustment proved to be a more effective treatment than mobilization or physical therapy.

General practitioners in private practice at the Welsh National School of Medicine conducted a study of the efficacy of spinal adjustment in alleviating neck and shoulder pain. The results, published in 1983, indicated that pain and discomfort improved significantly after adjustment, as well as range of motion and flexibility of the affected areas.

A 1992 Netherlands study conducted by doctors of medicine and other professionals investigated different methods of treatment for patients with chronic back and neck pain. After 12 weeks of care, manual therapy (which consisted of adjustment and mobilization of the spine) had showed a "faster and larger improvement in physical functioning" relative to the other types of treatment such as massage, exercises, and physical therapy.

Headaches, both tension and migraine, are the chief complaint for approximately 13% of our patients. Before you reach for your pain-reliever of choice the next time a headache or migraine sneaks up on you, consider the following information on the efficacy of chiropractic care for head pain.

In a 1995 study conducted in Minnesota, the effectiveness of spinal adjustment relative to the administration of an antidepressant drug (amitriptyline) for patients with chronic tension-type headaches was investigated. The researchers included doctors of chiropractic, a doctor of medicine, and another professionals from Northwestern College of Chiropractic and the Pain Assessment and Rehabilitation Center, Ltd. They determined that, after four weeks of treatment, patients receiving spinal adjustment therapy experienced a continued lack of symptoms, whereas patients taking the medication returned to original, baseline conditions.

Another study, published in 1997 by doctors of medicine and doctors of chiropractic at the University of Odense and the Nordic Institute of Chiropractic and Clinical Biomechanics in Denmark, compared spinal adjustment and soft tissue therapy for the treatment of benign, chronic headaches. They found that both methods of therapy allowed for significant improvement, and there were no side effects or signs of worsening associated with either method.

With a large percentage of the population using keyboards either at work or at home, CTS is becoming increasingly common. CTS is a condition where there is a disturbance of nerve function in the wrist. Because it is a neurological issue, we are treating more and more patients of all ages suffering from this malady.

Fibromyalgia is a syndrome characterized by chronic pain in the muscles and soft tissues surrounding joints, fatigue, and tenderness at specific sites in the body. While the cause is unknown, an estimated 3 million people are affected in the United States. Because we offer a conservative, hands-on approach to health care, some patients suffering from fibromyalgia are supplementing their medical care with chiropractic care.

In 1997, a study was conducted by three Canadian chiropractors on the effectiveness of chiropractic care for patients with fibromyalgia. They reported significant improvement in flexibility and reduction of pain levels and recommended that this type of treatment be included along with medical treatments for this condition.

Colic is a condition that occurs in early infancy and is characterized by episodes of loud crying, apparent abdominal pain, and irritability. Unfortunately, it is a common condition that affects approximately 10% of babies in the United States and lasts from about 2-3 weeks of age until 3-4 months. While the causes of colic are not always known or understood, parents of children exhibiting symptoms of colic are seeking help from chiropractors because of its effectiveness in reducing the severity of the symptoms.

One study that documents the efficacy of chiropractic for treating infantile colic was conducted in 1989 by a doctor of medicine and doctors of chiropractic at the Anglo-European College of Chiropractic in Great Britain. Researchers reported that 94% of infants with colic appeared to be helped by spinal manipulation within 14 days of the start of treatment. The babies tended to have both fewer episodes of crying and shorter crying spells.

At Mendoza Chiropractic we have earned a reputation for getting you back to health and quickly out of pain. Take the first step toward healing and pain relief by calling 323-254-2881 for a FREE consultation. Our staff is ready to help. Mention our website to receive a special First Visit Promotion. We appreciate you choosing our practice. 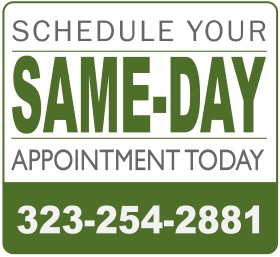 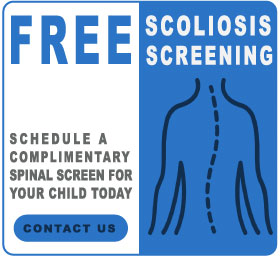 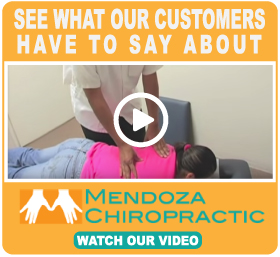 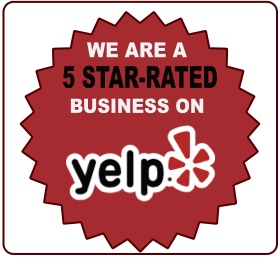 We take great pride in providing the finest and most effective chiropractic care to our patients.

We provide customized therapeutic massage to meet the specific needs of our patients.

LEARN MORE
As an essential business …
WE ARE OPEN!
We are available for walk-ins and appointments
Check our Hours or call 323-254-2881